Our latest Defender is defined by gleaming Aston Martin Racing Green paintwork and complimented with diamond-turned alloy wheels. The latter is inspired by the Land Rover Defender Works V8, launched last year to celebrate the 70th anniversary of the marque.

Once in Texas, this unique Defender will sit alongside a prestigious line-up of Aston Martins and Porsches as a jewel in the crown of this owners Racing Green themed collection.

Reach your pinnacle with an Arkonik Defender – reserve your build slot today.

I wanted a color and interior combination that was spectacular. After owning several Aston’s that were built under their bespoke program I fell in love with the British Racing Green color.
Car Collector | Texas, USA

“First, I have always been a big fan of the Defender. I have looked at unrestored D90 for years but could never convince myself that restoring one myself was the way to go. I also looked at several outfits that restored Defenders but I realized that remastering the early series Defenders with a more modern chassis was the way to go. I have followed Arkonik’s builds for several years as well as a couple of others that are in the USA but realized that Arkonik is the best at remastering these vehicles.

Once I committed myself to proceed I wanted to have a Defender that was unique. I wanted a color and interior combination that was spectacular. After owning several Aston’s that were built under their bespoke program I fell in love with the British Racing Green color. The uniqueness of that color was a perfect match for my build which matches my collection of cars perfectly.

My use of the Defender is basically a back up to my daily driver. I plan to try to use it as much as two to three times a week. I look to showing the Defender at local car shows and Gearheads meets that I’m associated with. Once we totally finalize the build, I will also display the Defender along with my Singer and Gunther Werks Porsche as well with the Aston’s.”
Car Collector | Texas, USA

Check out ZENITH D90 here or contact us for more information. 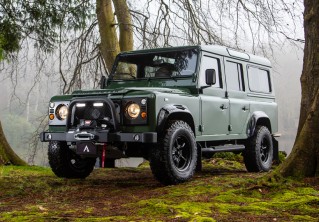 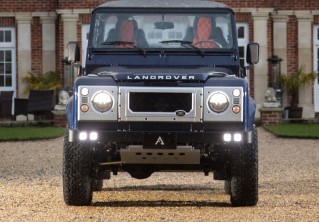